STONE – STEEL – SCULPTURE
This garden is a blend of modern design and organic elements. The overall design concept for the lakeside garden was developed by taking a cue from an architectural detail on the house of a contrasting brick that forms a half radius. This motif was then transferred to the landscape by creating a series of interpretive concentric partial radii using Corten steel. The idea initially came from questioning of what would the space look like if that radius fell over onto the ground…how would the shape be interpreted?

The walls formed by the steel occasionally intersect several large stone boulders, a combination of Hematite and Iron Ore, which were harvested from the Upper Peninsula of Michigan. The planting spaces are filled with masses of perennials and mature specimen ornamental trees. This same theme of stone and steel is carried throughout the entire garden with these materials incorporated in various locations, accented by several sculptural pieces. 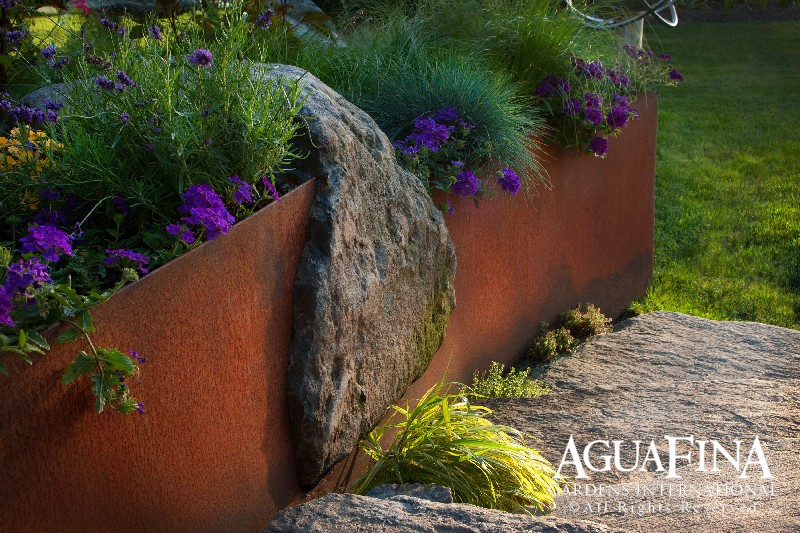 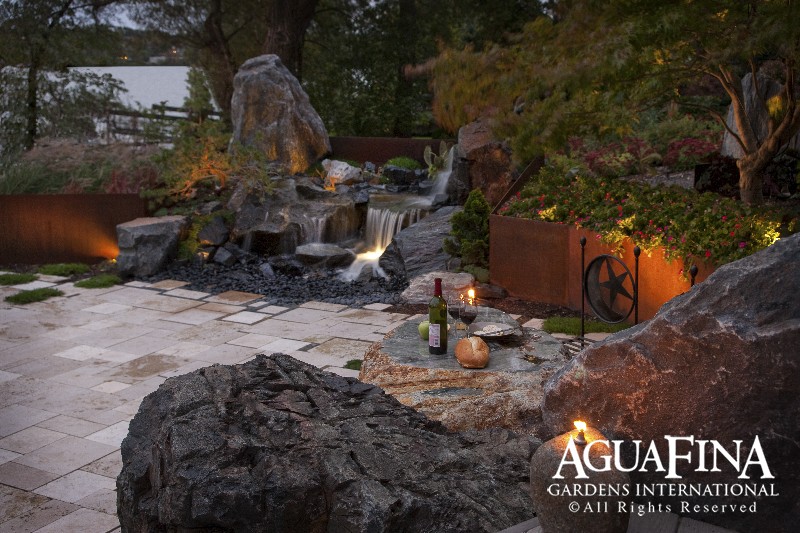 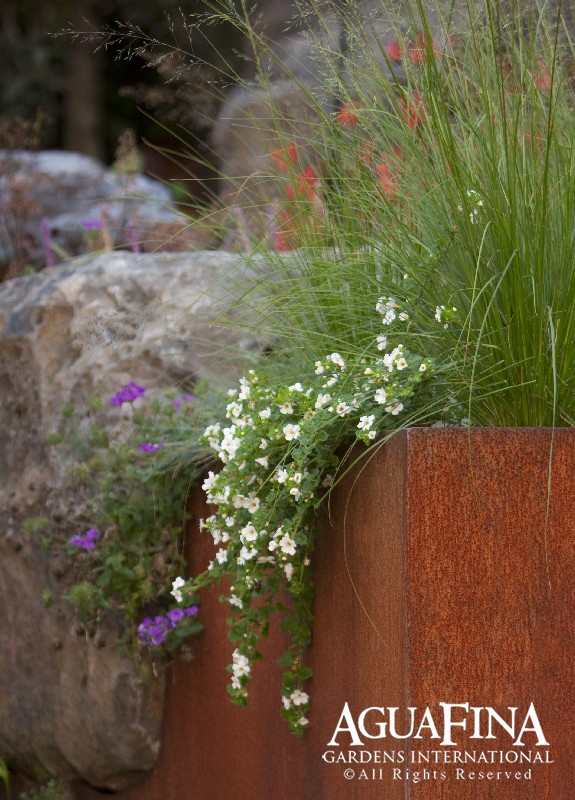 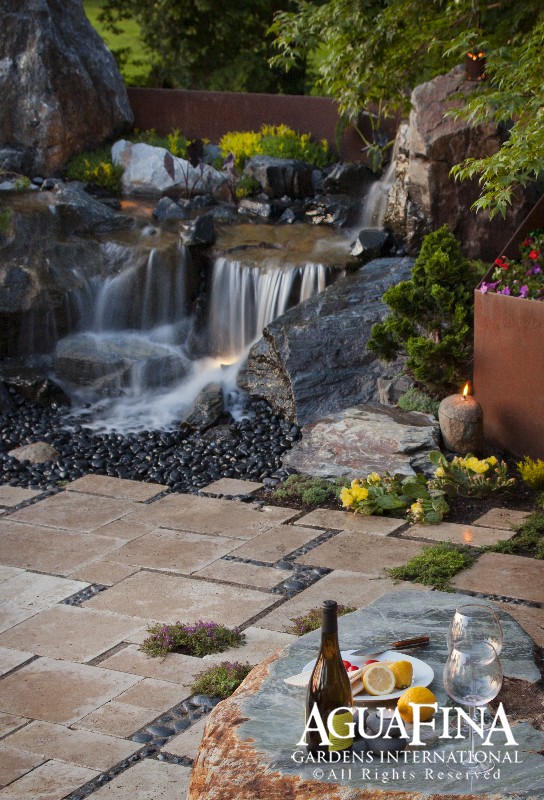 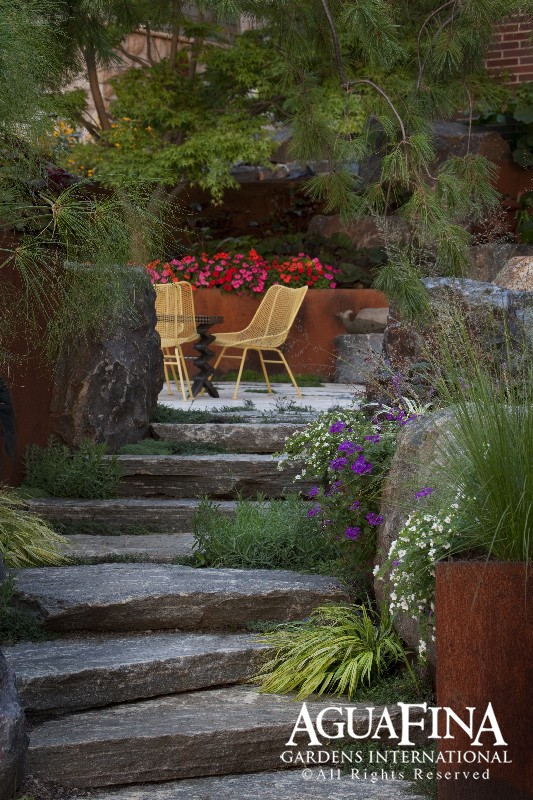 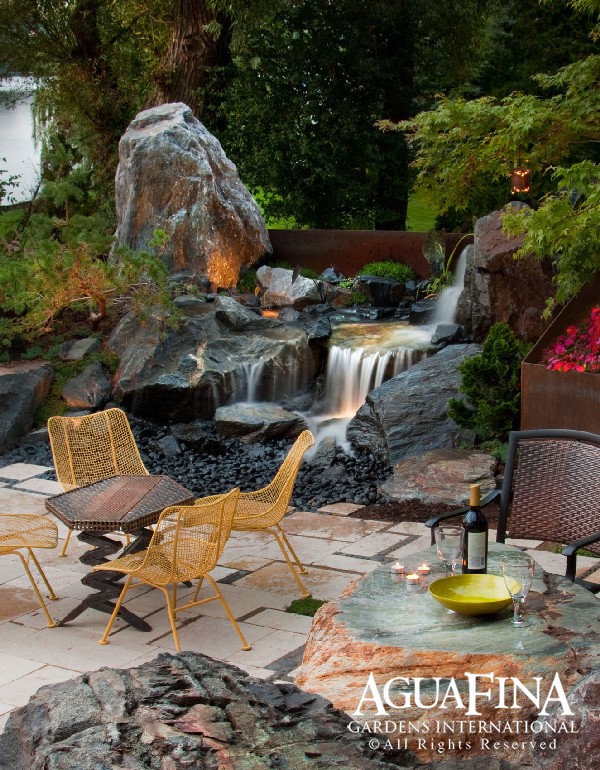 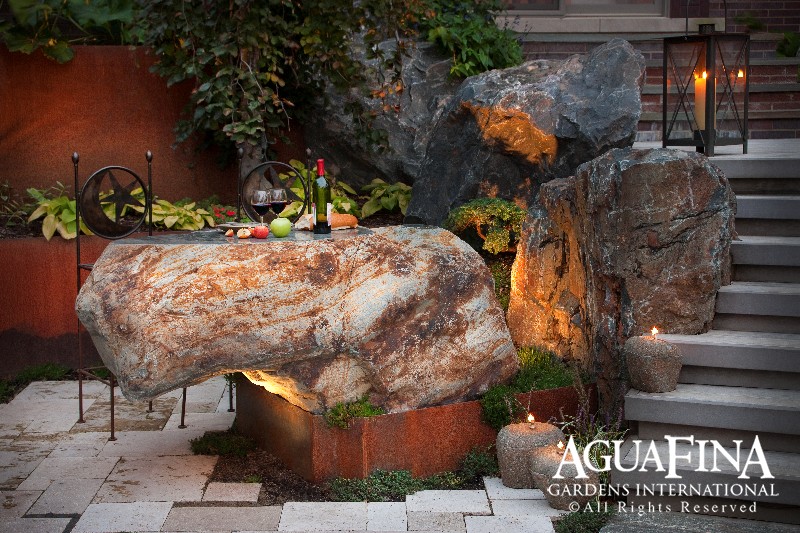 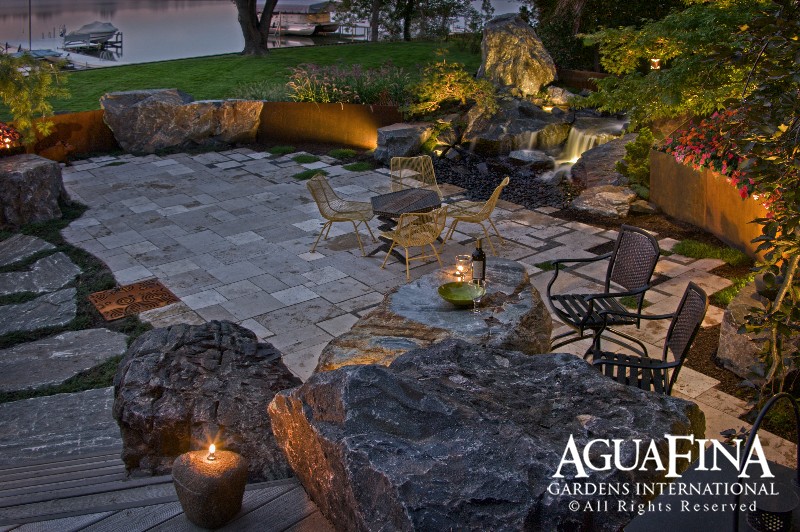